The Hamilton-Norwood scale for androgenetic alopecia

Androgenetic alopecia is the most common cause of hair loss in both males and females after puberty. Over the years, researchers have proposed numerous classification systems in order to generally classify the status of this health condition.

These systems vary from the simplest methods based on hairline recession to multi-factor methods based on morphological and dynamic parameters that affect the scalp and the hair itself. However, most of these old systems have certain limits.

Currently, the Hamilton-Norwood scale for men and the Ludwig system for women are the classification systems most frequently used to describe hair loss patterns. These classification systems are very useful for determining the stage you are at, if you are suffering from, or think you are suffering from androgenetic alopecia, and in particular so that you may receive the most appropriate treatment and thus prevent your condition from getting any worse.

What is the Hamilton-Norwood scale?

The Hamilton-Norwood scale is a method for measuring male-pattern hair loss and is the generally accepted standard when it comes to describing hair loss. This scale, which is still used, was created by Dr. James Hamilton in the fifties. He developed the androgenetic alopecia classification system, which was later revised by Dr. O'Tar Norwood, almost 20 years later, who modified it and added some stages.

Men's hair loss usually occurs in distinct patterns: the most common ones are hair recession at the temples, on the upper back part of the head, known as the crown, and hair thinning, when large areas of hair become fragile and thin, with no specific changes to the hairline. It is also possible for a combination of these types of hair loss to occur.

The Hamilton-Norwood scale, which can be used to classify any level of common hair loss in men, is shown below. Unfortunately, the further you are along the Norwood scale, the fewer the options available for you to recover your hair. That is why it is important to detect the hair loss stage in order to act as soon as possible. From stage 5 onwards, topical treatments or supplements cease to be useful.

Very mild hairline recession is observed, so there is no need to apply any treatment. Unless there is a family history of hair loss, there is nothing to worry about.

If, on the other hand, there is a family history of male baldness, it is advisable to monitor the process very closely and, to prevent hair loss as much as possible, use non-aggressive hair products (mainly sulphate-free ones) so that the condition will not worsen. 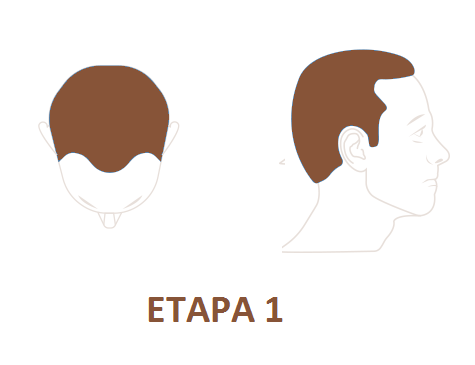 Triangular and typically symmetrical recession areas are observed in the frontal temporal area. Hair loss remains at a line of several centimetres in front of the ears. Hair is falling and may become thinner in the frontal central part of the scalp.

The initial signs of hair loss are showing, so it is strongly suggested to start a treatment that is not very aggressive, but helps you to maintain the current hair volume without accelerating the hair loss process. A good option could be the daily application of HAIR REGENERATOR SERUM MAINTENANCE by REDENHAIR, a 100% natural and 0% aggressive solution. 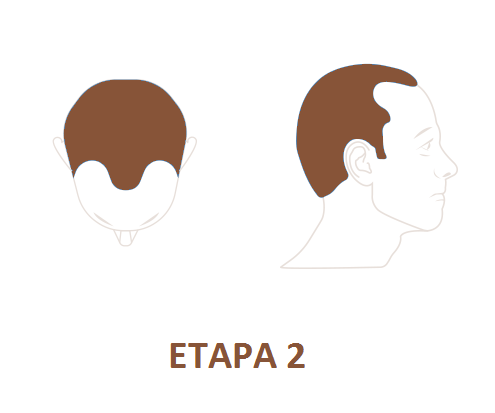 This stage is the lowest degree of hair loss that can be called baldness, according to Norwood. Most of the scalps classified in this stage present a deep symmetrical recession that can be seen on the temples, which are virtually hairless or have very little hair. In stage 3 the crown is added, this situation being very common with ageing. Hair loss occurs mainly on the crown, with limited recession of the frontal temporal hairline.

In this stage, it is very important to start a proper treatment according to the amount of hair that has already been lost. The best thing to do is to pay attention to all the hair products you use on a daily basis and, if they do not act specifically against hair loss, you should gradually replace them with products that encourage and maintain hair volume, as well as stimulating healthy growth. The REDENHAIR RENGERATIVE TREATMENT KIT is the most appropriate option for people who are at this stage of the Hamilton-Norwood scale. 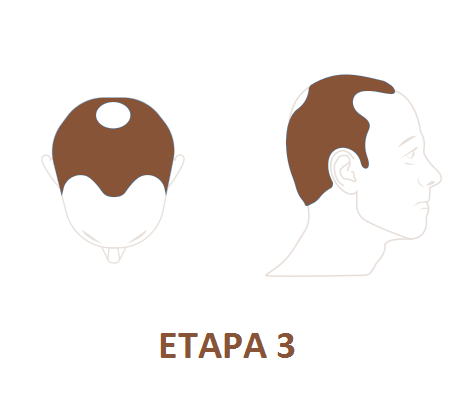 Recession in the front temporal areas is more severe than in stage 3. There is a definite lack of hair on the crown. A moderately dense region of hair that extends across the upper part separates the two hair loss areas of the temporal frontal area and the crown. This region joins between the hair-covered areas on the sides of the head.

Given that this is a more severe stage of androgenetic alopecia, it is essential to not only use products that prevent hair loss, but also specific products that act to stimulate new hair growth and to develop the hair follicles for new growth. REDENHAIR HAIR REGENERATOR SERUM FORTE is one of the most effective treatment products on the market. It is not aggressive on the hair, and nor does it cause a rebound effect, unlike many other products on the market.

Moreover, if the treatment is complemented by a good hair care routine and food supplements that provide sources of copper, zinc and many other nutrients vital to hair health, you could return to a previous stage on the Hamilton-Norwood scale. The REDENHAIR HAIR NUTRITION SUPPLEMENT is a very effective option. 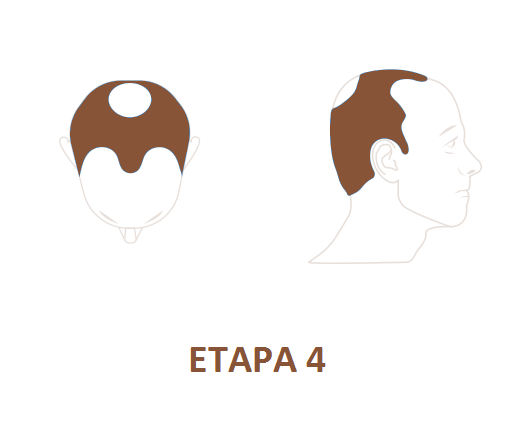 When observed from above, the hair remaining on the sides and back part in stages 5 to 7 look very different. If you have not tried any hair loss treatment, it is highly recommended that you try the products mentioned for the previous stages, combined with a lot of patience and persistence. If, on the other hand, you have tried specific products with no result, you might have to consider a hair transplant. 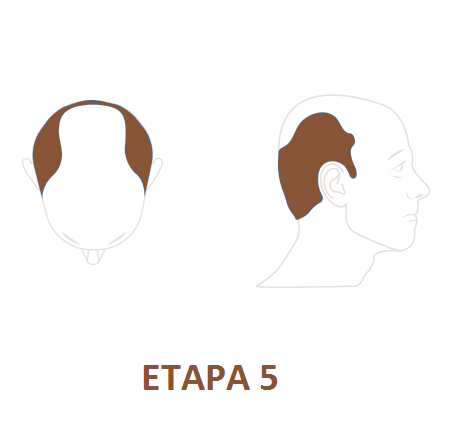 The region of hair across the crown is now gone and the hair remaining is very scarce. The temporal frontal region and the crown join in one single area. Hair loss on the sides has extended even further.

As in the previous stage, topically applied products can maintain the current hair volume, but cannot restore the volume previously lost. It is possible that the only remaining option is a hair transplant or to accept one's hair loss. 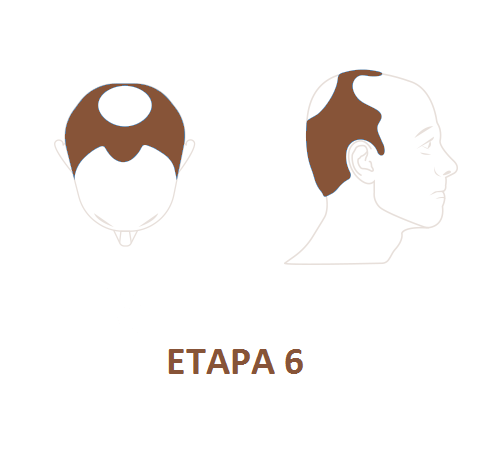 This is the most advanced or severe type of hair loss. Only a narrow strip of hair in the shape of a horseshoe remains on the sides and the rear part of the scalp. This hair might be thinner and less dense than before. On the nape, hair is scarce, with a half-circle over both ears. At this stage, no treatments exist to restore the lost hair. 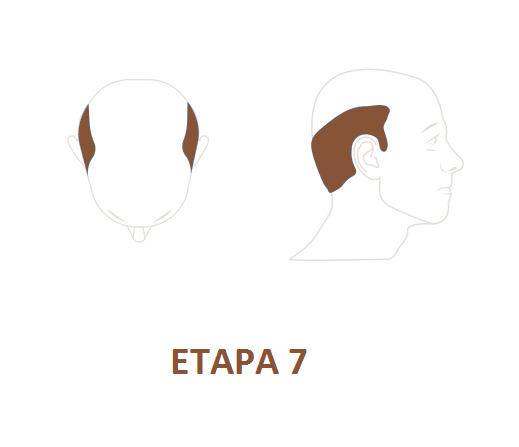